"We're not here in this world to be good or bad, we're here to be ourselves."—Carl Jung

The idea that everybody must strive to be good, aim towards creating a worldwide utopia with rainbows and unicorns is ludicrous. That the world can fully consist of soft, well-meaning, smiling and cooperating humans is laughable and, quite frankly, childish. No such thing can exist in Nature, because in Nature there is balance in everything. For every action, there is a counter-action. For any builder, there is a destroyer lurking somewhere waiting for his moment.

This is not a conversation about moral relativism and, surely, not a prescription pill with a doctor's note "Go ahead, be evil, it's totally fine". The difference between good and evil has been fairly known since ancient times, and so has the fact that they are the two sides of the same coin. One cannot exist without the other, just like light cannot be understood without experiencing darkness first.

However, even the best (good-est) man engages in evil acts on a regular basis. If we take into account the notion of Evil as being anything connected with physical matter (as was popular with many ancient spiritual teachings), then you can understand that fully escaping it is impossible: after all, your own body is made of matter so that you can interact with the surrounding reality in a meaningful way. Most people are in ignorance of this knowledge—they sleepwalk through their lives, indulging in material "happiness", committing sin after sin.

These are mundane examples. What about a warrior who has to cut heads and disembowel his enemies to protect the motherland? Surely, he is on a righteous path: his country needs him! But he has to commit evil acts to do his job well, lest they are committed on him. Few people (from the same country) would paint him "bad" or "evil".

Nietzsche wrote about something like that. The opposite of a good man was not a bad man, but a "thin" one, someone who does not know himself. A good man can be bad and do bad things—and there is nothing irreconcilable about this. Nietzsche's radical aristocracy consists of good men, those who go out of their way to gain power, notoriety and impose their will on the grey sleepwalking masses. What is truly evil is feeling guilty about your actions. Guilt is a feeling of someone who does not know why he does what he does and, as a result, suffers from his actions.

Here, we are closing in on the (already) familiar idea: if you know your inner nature, your calling, the reason why you are here, dedicate your life to it without any guilt or remorse. I have more respect for a parasitic member of today's so-called elite who knows what he is all about than a mediocre Joe squeezing "good" acts out of himself so that society can accept his worthless self and please his blind ego. 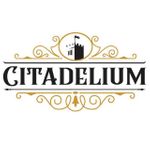